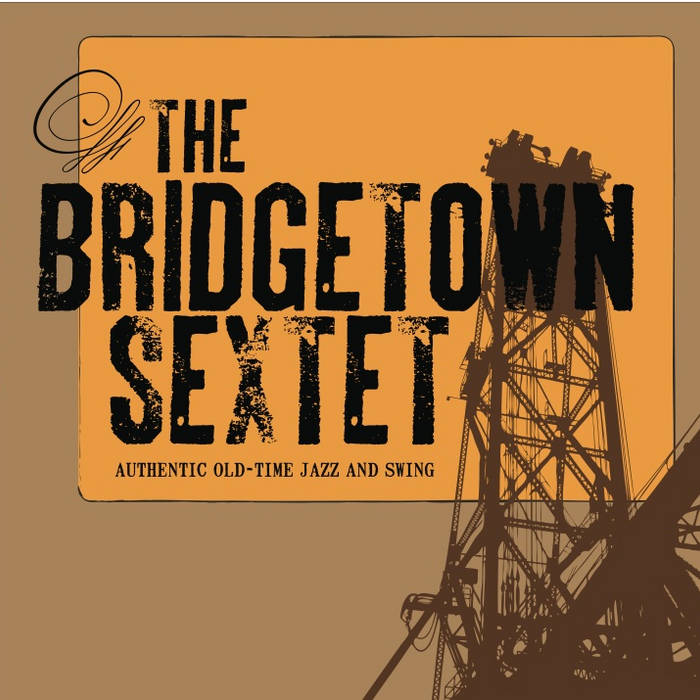 Carsten Pieper Have been scouring bandcamp's vastness for some old-time jazz for Daddy-In-Law's 80th birthday. Naturally (compare the title to my search criteria!), I stumbled upon this one. Old-timey music for a good time - happy birthday, Keule! Favorite track: He Ain't Got Rhythm.

The BRIDGETOWN SEXTET performs authentic, energetic roots jazz from the 1920s, 30s and 40s, with a sound evoking Creole New Orleans, the stomp of prohibition era Chicago, fast-paced Harlem stride piano, and the tight swing of depression era Manhattan. Portland natives Andrew Oliver and Scott Kennedy assembled this group out of a longstanding desire to capture the natural feel of these early jazz innovations- the drive, energy, and stylistic nuance that characterize them- while fostering a unique sound that would move beyond mere traditionalism and preservation in the interest of crafting fresh music.

SCOTT KENNEDY (piano and drums) is a completely self taught and ear-trained musician specializing in the immense technical and physical demands of stride piano among other traditional jazz styles.

ANDREW OLIVER (cornet, drums, piano) is becoming an established composer, arranger, and bandleader in Portland’s progressive jazz scene. Primarily a pianist, he also plays trumpet and drums with the Sextet.

DAVID EVANS (clarinet and tenor sax) is a native of Alabama. After living in New Orleans for many years and absorbing much of its musical culture, he relocated to Portland and has become a highly sought-after instrumentalist on account of his versatile and astonishingly lyrical sound.

JOHN MOAK (trombone) has an abundance of playing and teaching experience across the U.S. with artists such as Aretha Franklin, Dave Brubeck, and Ella Fitzgerald, and displays a standard of virtuosity on his instrument rarely approached anywhere in the country.

DOUG SAMMONS (guitar and vocals), has been involved in a diverse range of roots musical projects in Portland and elsewhere for years. A former NYC taxicab driver, he now teaches kindergarten and co-directs a popular Portland-based band the Midnight Serenaders.

ERIC GRUBER (bass) began his musical career playing Bluegrass. He later taught himself to play jazz and is now a popular and active player who’s highly regarded for his rhythmic drive, solid tone and thrilling solos.

Mixed and Mastered by Andrew Oliver and Scott Kennedy